Have you ever wondered if the entire world was within your reach? Have you ever wondered if “seeing the world” was actually a practical dream to have? Lt. j.g. Refael W. Klein of the National Oceanic and Atmospheric Administration’s Commissioned Officer Corps (NOAA Corps) has the answer for you. He has seen more of the world in just five years after being commissioned into the NOAA Corps, one of the nation’s seven uniformed services, than most people have seen in a lifetime. Currently, Klein is the station chief for the NOAA Earth System Research Laboratory's (ESRL) baseline observatory at the Amundson-Scott South Pole Station. In his very young career he has been assigned to the tropics of the Pacific Islands as well as the frozen tundra of the South Pole.

Preparing for a life in this line of work is no small task. Klein has had a “Swiss Army knife” styled catalog of training and preparation. Originally born and raised on the East Coast in Maryland, his next step was to attend University of California Davis and earn a Bachelors of Science in Biological Systems Engineering. His second degree came from Whitman College in Washington where he earned a Bachelors of Arts in Mathematics and Natural Sciences. These two degrees have proven to be extremely useful in times of necessity. “I have a math and engineering degree, both of which have helped me with the technical aspects of the job. When something breaks, I’m not afraid to use a multi-meter, and I know how to turn a wrench,” said Klein. 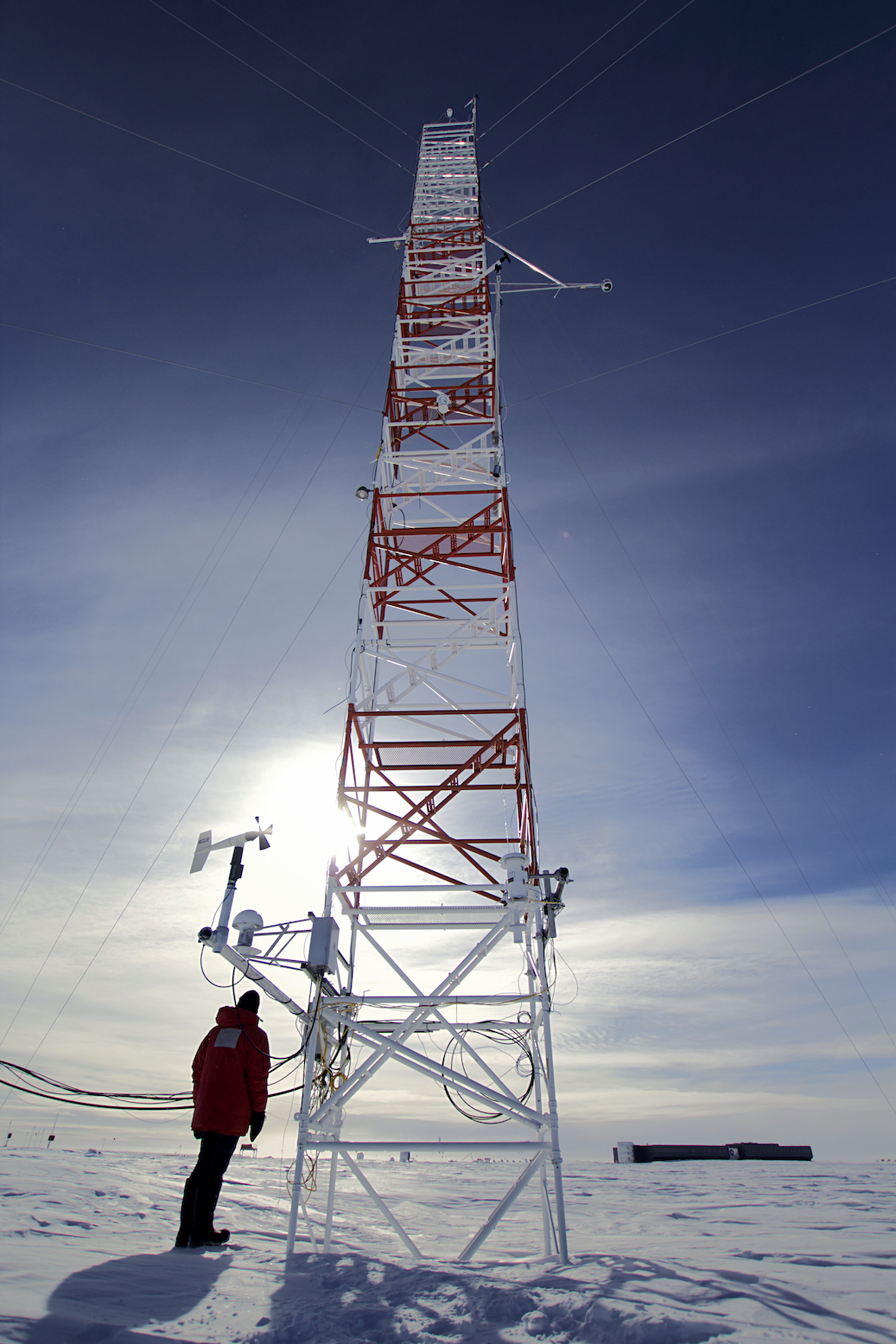 After being commissioned into the NOAA Corps in 2011, Klein began learning through first-hand experience. His specialized training includes spending time at ESRL Global Monitoring Division (GMD) locations in Boulder, Colo., and Barrow, Alaska. His five weeks spent in Alaska at the baseline observatory allowed him direct contact with the station chief to learn this role. His experience with the basics of climate research came in Colorado learning from the scientific engineers at the GMD headquarters.

From one environmental extreme to the next, Klein has experienced both sides of the spectrum. Prior to being assigned to the South Pole, his first assignment was in Hawaii aboard the now-retired NOAA Ship Ka’imimoana. One would probably assume that working in these two areas couldn't be any more different. However, according to Klein there are actually several similarities between these two assignments.

Being the station chief comes with various responsibilities for Klein. His morning begins with making rounds throughout the station to ensure proper function of the instrumentation devices (this process is repeated multiple times throughout the day). He is also charged with writing monthly reports, updating standard operating procedures and various other duties.

If Klein had the chance to begin his career again, he wouldn’t change a thing. “I’ve led a very rewarding career with NOAA. Thus far, every assignment I’ve held, has given me the opportunity to travel and live in unique places, and learn and grow as a professional,” said Klein. “I’ve skied on polar ice-caps, surfed empty, world class waves, learned how to fix gas chromatographs, and have added my initials to the longest continuous CO2 record.” One could even say he’s found the perfect way to intertwine his dreams into his career.