When should NOAA Corps Officers log a dive to receive dive pay?

Dives should be logged by the 10th of the following month.  For example, to get dive pay for November, you must log your November dive by December 10th.

A Day on NOAA Ship Hi'ialakai

NOAA Ship Hi’ialakai is the most active diving platform in NOAA. In 2015, over 5,000 dives were conducted by NOAA Divers and their reciprocity partners from the ship, including 221 rebreather dives. NOAA Closed Circuit Rebreather divers from the Papahānaumokuākea Marine National Monument have been conducting the deepest dives, down to 330 ft., while sailing on this ship.

Because of the remoteness of its missions and the technical nature of the dives on the Hi’ialakai, the NOAA Diving Program provides the ship with special diving support: A 54 inch hyperbaric chamber and a hyperbaric chamber operator. This August, NOAA Diving Center’s Zach Hileman, an experienced chamber operator, was joined by NOAA Diving Medical Officer LT Gary Montgomery who took over the ship medical duties while fellow ship Diving Medical Officer LT Ryan Hawley was on annual leave.

But what is it really like to be assigned to a ship like the Hi’ialakai? LT Montgomery gives a sketch of a typical day for him as the Diving Medical Officer.

The day officially starts at 0700.

The ship’s crew and scientists pour into the mess deck and eat at lightning speeds. The Chief Steward and his staff of 3 are somehow able to feed 40 people in less than 30 minutes.

The main mission of the ship is to assess and monitor the reefs around the Hawaiian Archipelago, which involves intense diving days of collecting data and samples, so the ship’s crew is mostly focused on getting the divers ready for each day. 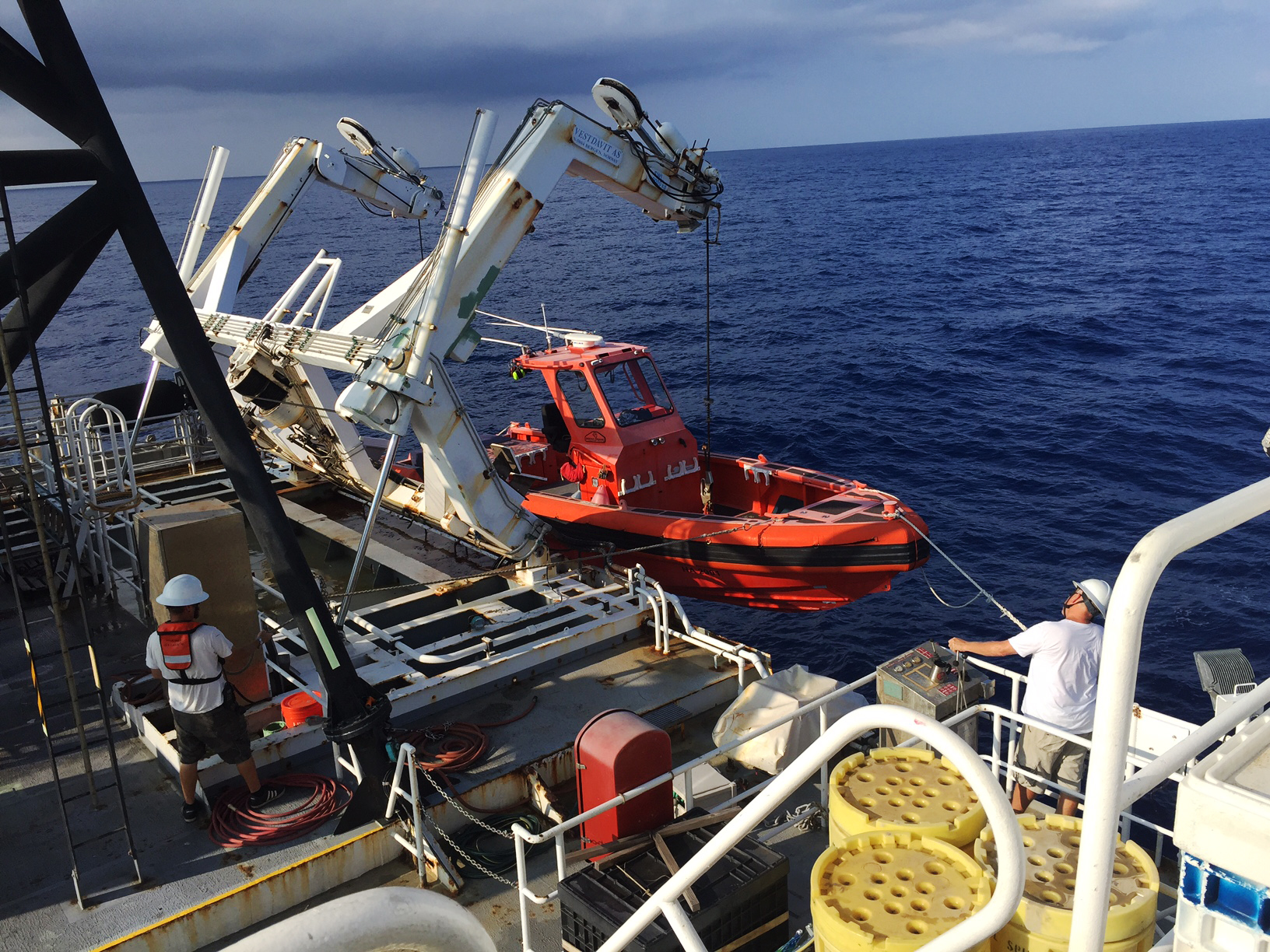 The crew of NOAA Ship Hi'ialakai prepares to launch a boat that will be used by divers during the day's operations.

Safety awareness and preparedness is the most important part of those preparations, that’s why there is a daily dive safety brief that begins at 0730 on the fantail.  The Chamber Supervisor/Divemaster leads the brief, which includes reviewing the daily dive plan. On this mission, my colleague at the NOAA Diving Center, Zach Hileman, is the Divemaster – he is extremely experienced both as a diver/divemaster and chamber operator and has gone out on the Hi’ialakai for similar missions before. The Chief Boatswain, ship’s Executive Officer, Diving Medical Officer (DMO), and Chief Scientist all add in remarks as necessary – we all work as a team. It is also an open forum for anyone to pass pertinent information so everyone has a chance to participate.  This brief lasts about 20 minutes.  After the conclusion of the brief the scientists start to load the small boats.  The Chief Boatswain and his crew clear the deck and start to lower the small boats with crew into the water – and off they go for a long day of diving in clear, warm waters!  We won’t be seeing them until dinner time – after which they go off and huddle around their lab to sort and analyze the data they collected and chat about their day’s adventures.

After that I do my ship’s medical officer duties.  My main duties involve checking the bromine levels in the potable drinking water, checking for signs of coliform bacterial formation in the potable water, health and sanitation inspections for all compartments of the ship, and food service sanitation inspections.  I don’t have scheduled sick call hours because I like to be available at all times for the ship’s crew and scientists.

I am not super involved in the daily dive operations. The Chamber Supervisor/Dive Master, Chief Boatswain and Chief Scientist have the reins and ensure dive operations are successful and smooth.  I am here strictly for emergencies. Luckily, all of the divers are safe and very aware of what is going on around them so it makes for boring DMO days…which is fine by me!

I am happy to make part of this lively crew and getting to put names with faces. As the NOAA DMO, I interact with all the divers across the program to advise them and make sure they are physically fit to dive, but I normally only get to interact with them during classes. It makes a difference when you know someone personally, and it can come in handy during an emergency or crisis situation. Thankfully, the NOAA Diving Program is focused on prevention, and incidents happen very rarely. 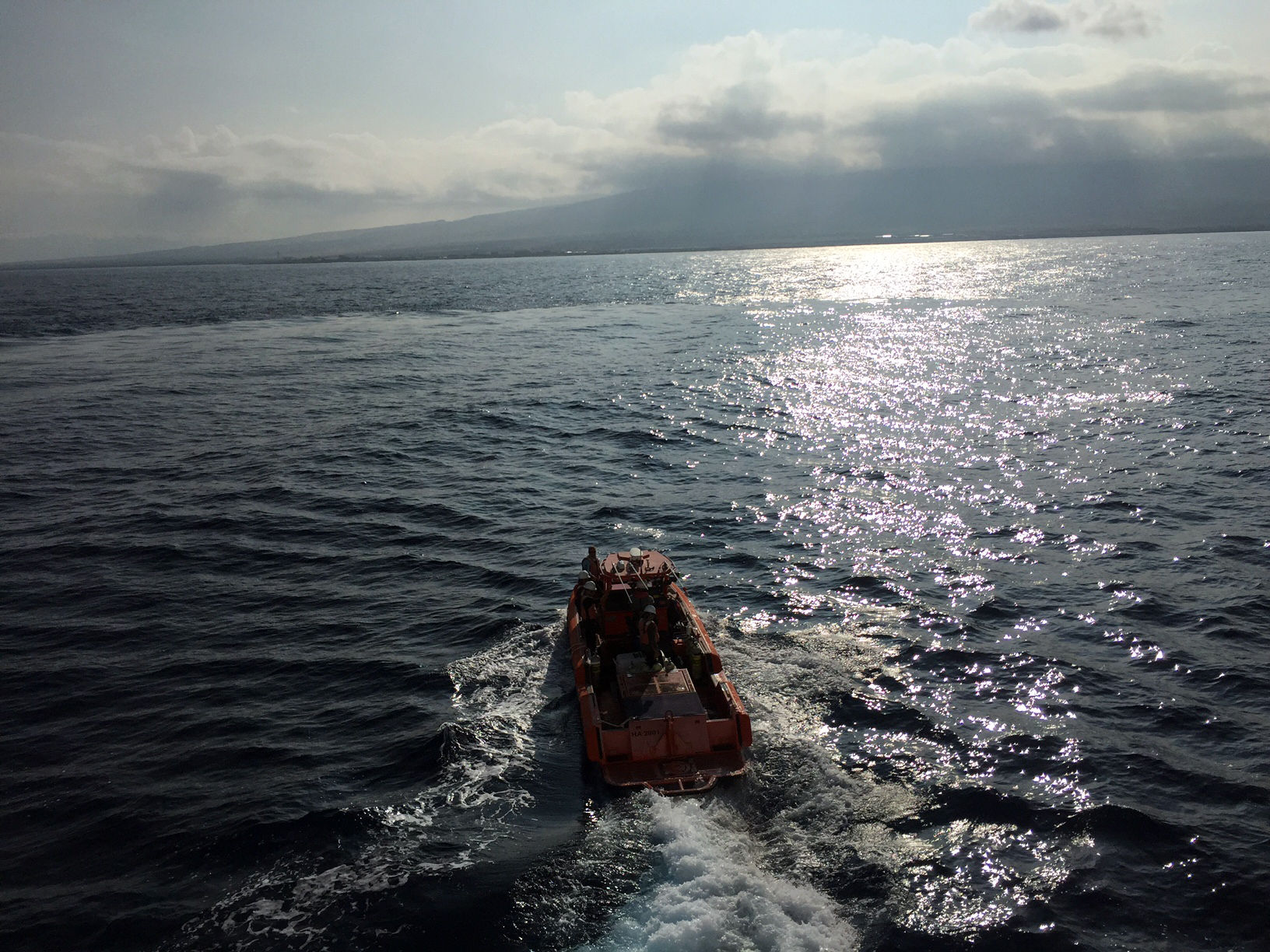 A boat launched from NOAA Ship Hi'ialakai speeds away to a diving location near the Hawaiian coast.