The attendees of the Rebreathers and Scientific Diving Workshop at the Wrigley Marine Science Center, Catalina Island, CA, 2015.

In the world of scuba, rebreathers are arguably a fairly new advancement, and, although widely used by scientists today to conduct research, there have been few systematic studies to learn more about the idiosyncracies of rebreather use in the scientific community. Scientists and diving leaders in the National Park Service (NPS), the National Oceanic and Atmospheric Administration (NOAA), Divers Alert Network (DAN), and the American Academy of Underwater Sciences (AAUS) convened the first Rebreathers and Scientific Diving Workshop in 2015, with an eye to improving safety standards for scientific divers.

Greg McFall, NOAA Diving Program Manager and a seasoned rebreather diver, joined the group at the Wrigley Marine Science Center in Catalina Island, CA from February 16 to 19, 2015. Although the use of rebreathers is still nascent at NOAA and not as widely used as traditional open circuit scuba modes, rebreathers offer many opportunities for NOAA scientists to expand their research capabilities. In an on-going study, for example, the National Marine Fisheries Services (NMFS) Pacific Islands Fisheries Science Center has been studying the effect that the proximity of open scuba divers vs. closed circuit rebreather divers have on fish behavior and subsequent fish counts. Recently, NMFS scientists have started using rebreathers to increase their bottom time while searching for endangered abalone along the coast of California. It is expected that many more exciting research operations will take advantage of this technology, yet the challenge remains for scientific program managers to ensure safe diving practices. Luckily, Greg found a strong group of collaborators at the Catalina meeting that want to work together to develop common safety protocols for scientific dives.

The proceedings from the Rebreather and Scientific Diving Workshop were published on August 2016, and they include an analysis of scientific rebreather dives that were submitted to AAUS from 1998 to 2013. The publication uses that information and participant data to propose a series of best practice recommendations.

But the work is not yet complete! Organizers also identified issues that required further study. Representatives from NOAA, NPS, DAN, and AAUS will be meeting again to further discuss and refine their findings and continue to collaborate in making rebreather diving safer for the scientific community. Greg McFall will be joining them again this summer.

Read the complete proceedings from the Rebreathers and Scientific Diving Workshop. 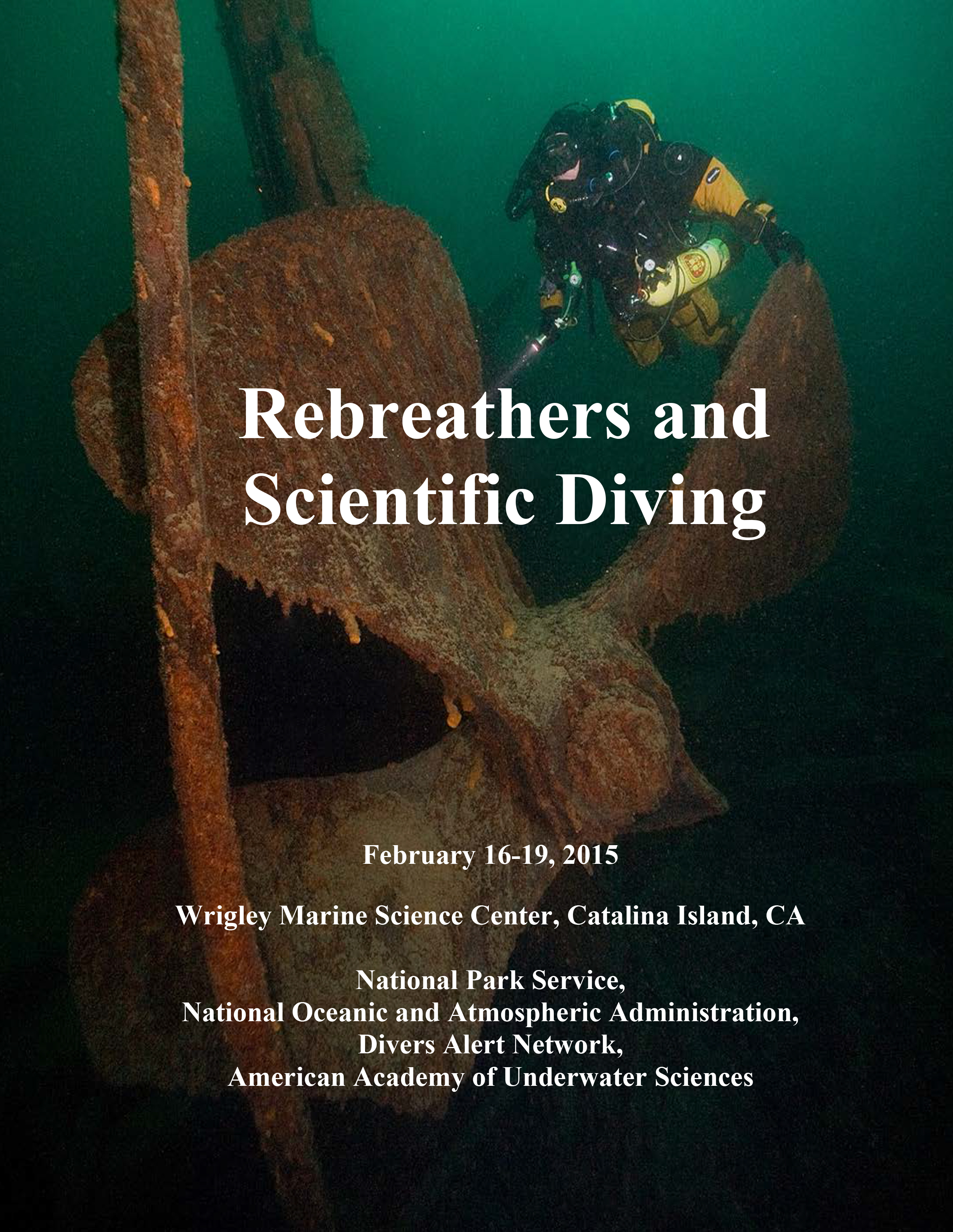 The cover of the proceedings of the Rebreathers and Scientific Diving Workshop, published in 2016.

You are here: https://www.omao.noaa.gov/find/media/articles/2017-03-09/rebreathers-and-scientific-diving
Reviewed: May 28, 2019. Contact us with page issues.