What is considered a "dive" at NOAA?

At NOAA, a dive is any time spent breathing compressed air, either underwater or in a recompression chamber, regardless of depth or time.

From June 19 to June 30, 2017 the National Oceanic and Atmospheric Administration’s Office of National Marine Sanctuaries (ONMS), in collaboration with the University of Hawaiʻi (UH) Marine Option Program (MOP), conducted an archaeological survey with students from the UH Marine Archaeology Surveying Techniques (MAST) course. 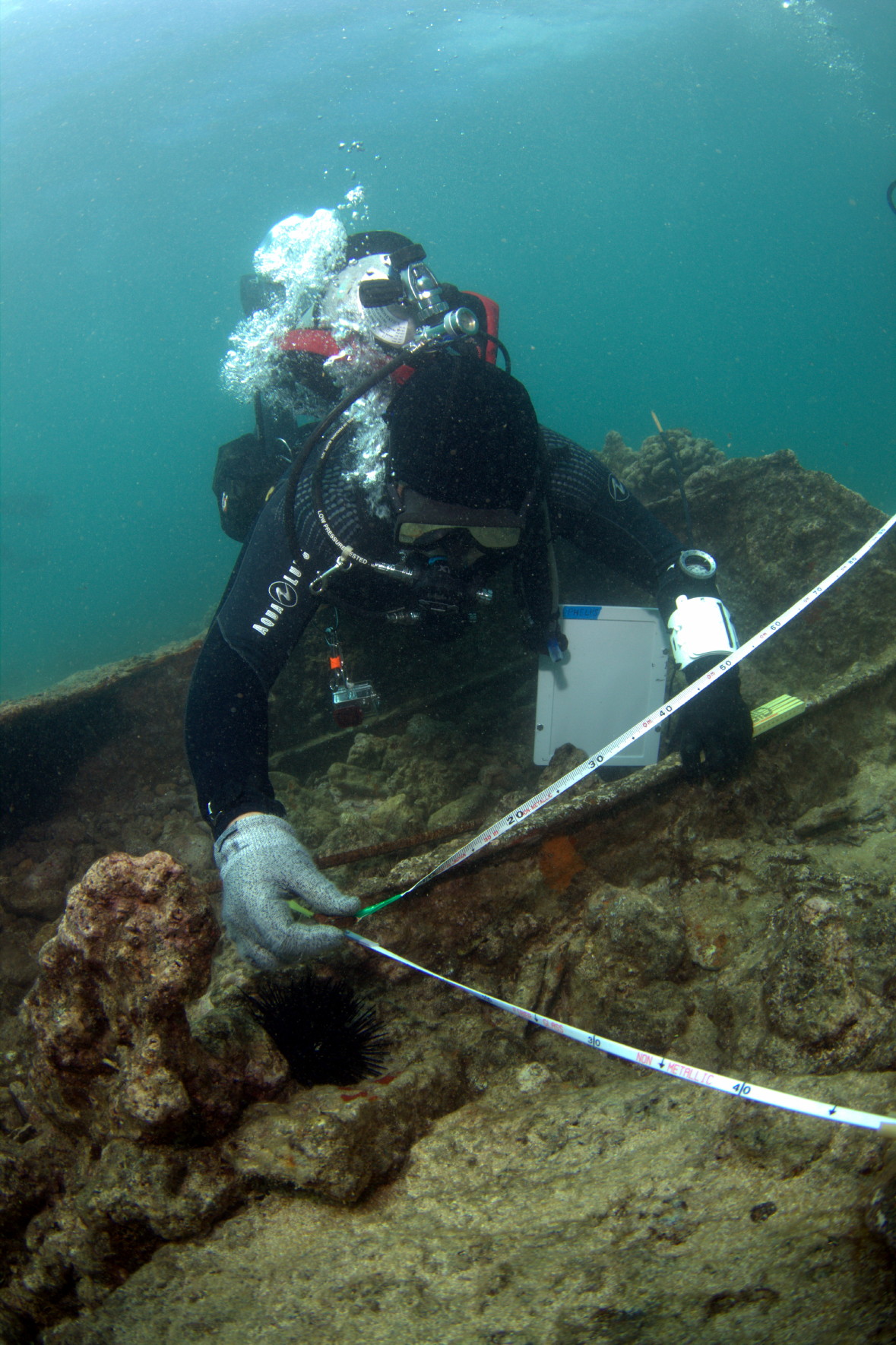 This year the students helped to conduct a survey of submerged U.S. Navy landing ships, craft, and tracked assault vehicles sunk near O‘ahu. More than 70 years ago, specialized vessels and amphibious landings were key elements in the War in the Pacific. Many remain underwater today, left from training and home front operations during World War II.

The 2017 MAST students recorded data from one Landing Ship Medium (LSM) site near Barber’s Point, four Landing Craft Mechanized (LCM) sites near the entrance to Pearl Harbor, and one Landing Vehicle Tracked (LVT)-1 (Amtrack) site near Hawai`i Kai. One of the LCM sites was chosen for detailed survey using baseline trilateration, resulting in an accurate site plan; an important tool for site interpretation. Specific features on this site suggest an LCM-3, a World War II-era landing craft. How it got there remains a mystery.

In addition to the survey dives, the short course also included training at the ruins of a 19th century steamship landing, a meeting at the Hawai`i Undersea Research Lab (HURL) submersible workshop with HURL operations director Terry Kerby, and behind-the-scenes tours at the USS Arizona Memorial/Visitor’s Center, the USS Bowfin Submarine Museum, and the Pacific Aviation Museum.

Submerged navy vessels are protected by the Sunken Military Craft Act of 2014 and are under the direct management of the Naval History & Heritage Command (NHHC). NOAA collaborates with NHHC in protecting these valuable resources through the 2015 inter agency agreement between NOAA and the Department of the Navy. 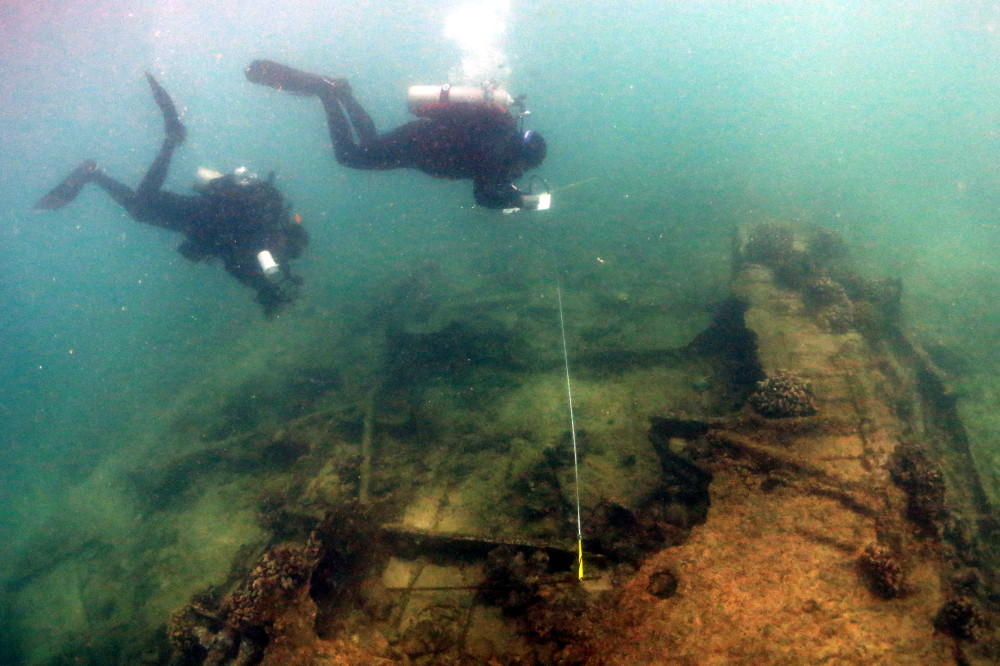 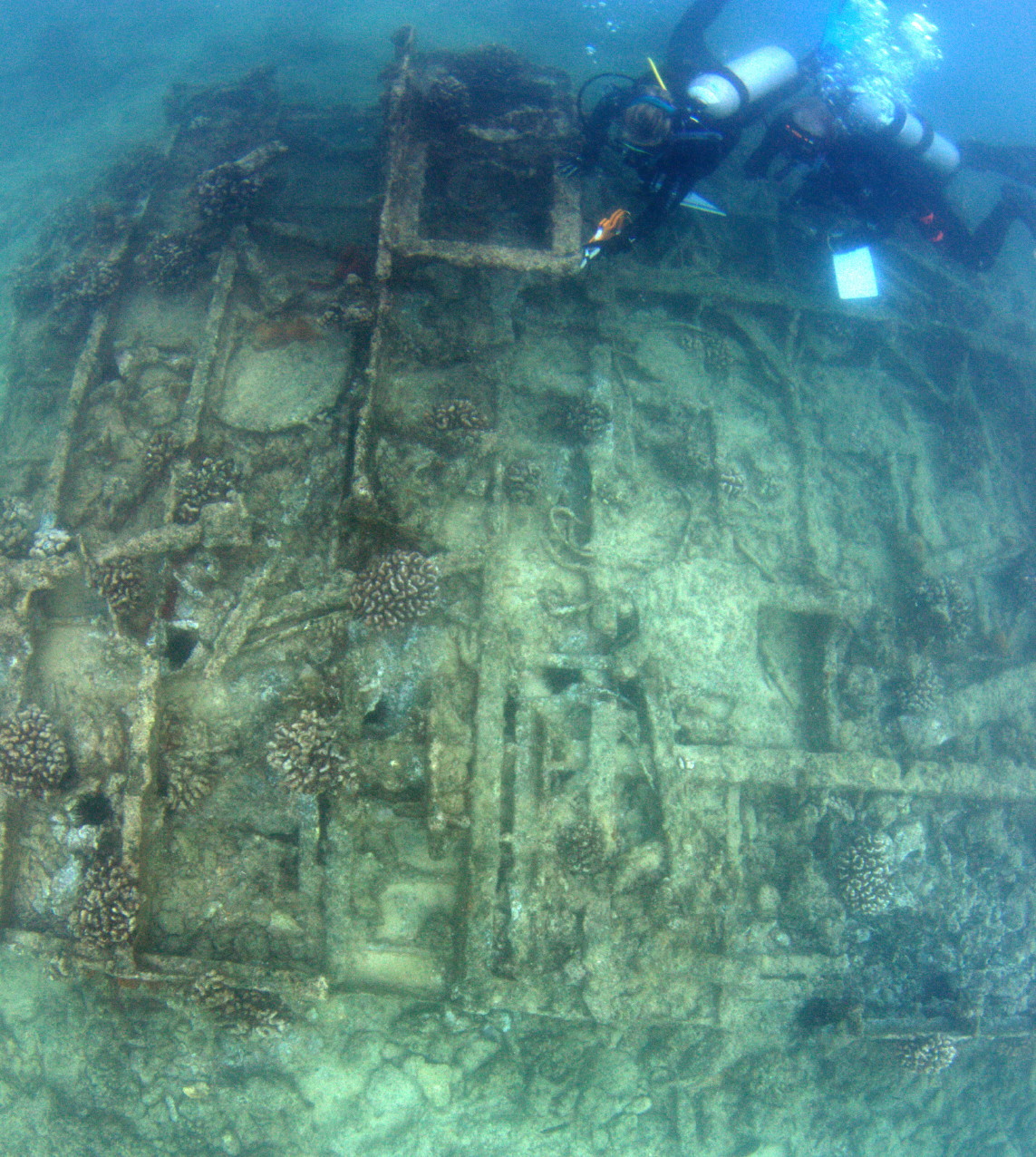 The engine beds of a World War II-era wreck. 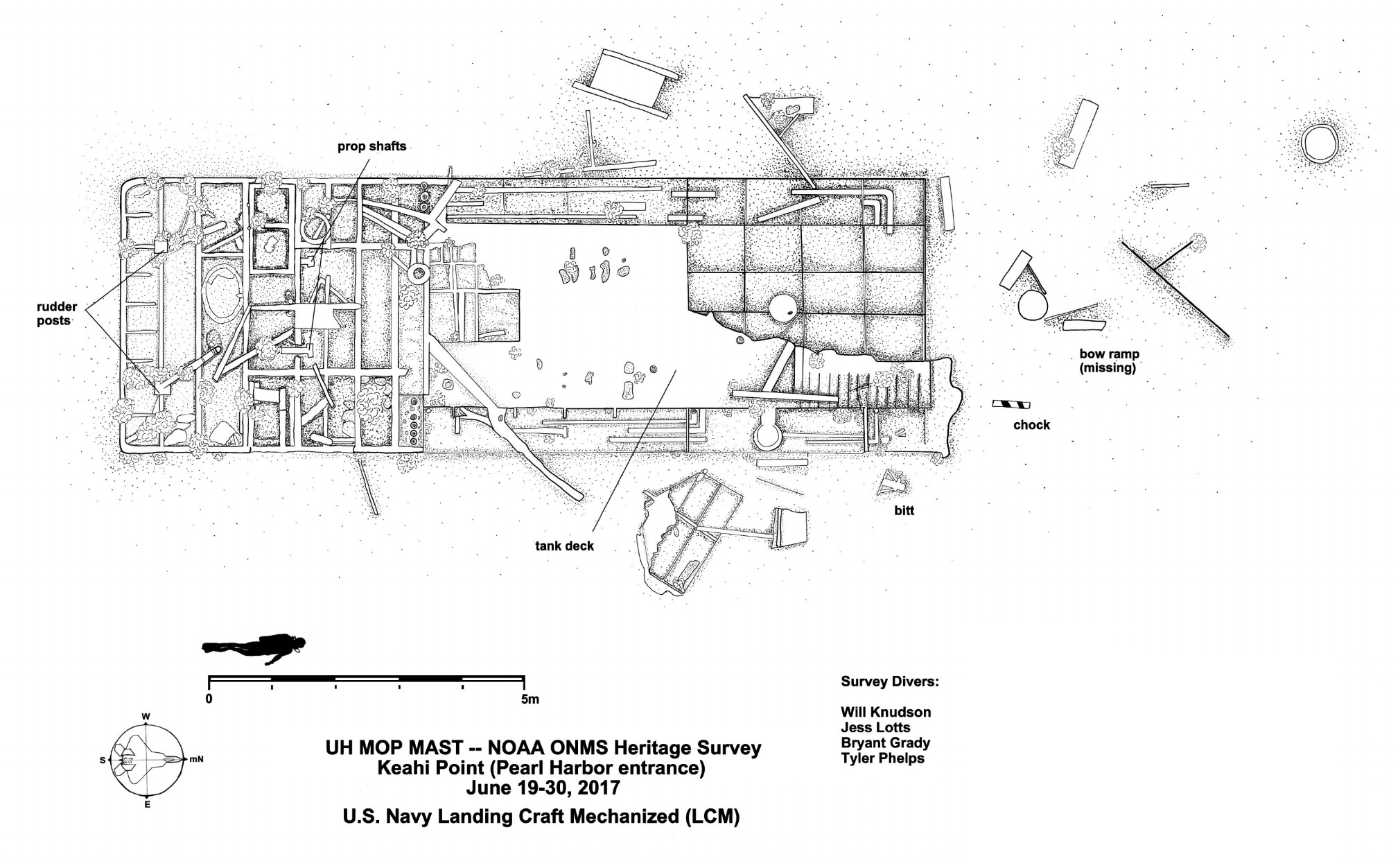 You are here: https://www.omao.noaa.gov/find/media/articles/2017-07-12/noaa-diving-program-partners-university-hawai’i-teach-underwater-surveying-techniques
Reviewed: May 28, 2019. Contact us with page issues.