NOAA’s Gulfstream IV-SP (G-IV) jet is a high-tech, high-flying, and high-speed platform used for hurricane forecasting and research. The G-IV flies around and over developing tropical cyclones to create a detailed picture of the surrounding upper atmosphere.

The G-IV is a sophisticated twin-engine jet piloted by NOAA Corps officers and crewed by NOAA civilian engineers and meteorologists. Its primary mission is to fly tropical cyclone surveillance missions to support National Hurricane Center forecasts and research by the Hurricane Research Division of NOAA's Atlantic Oceanographic and Meteorological Laboratory. With a range of nearly 4,000 nautical miles and a cruising altitude of 45,000 feet, this aircraft provides observational coverage at high altitudes critical for defining weather systems in the upper atmosphere. 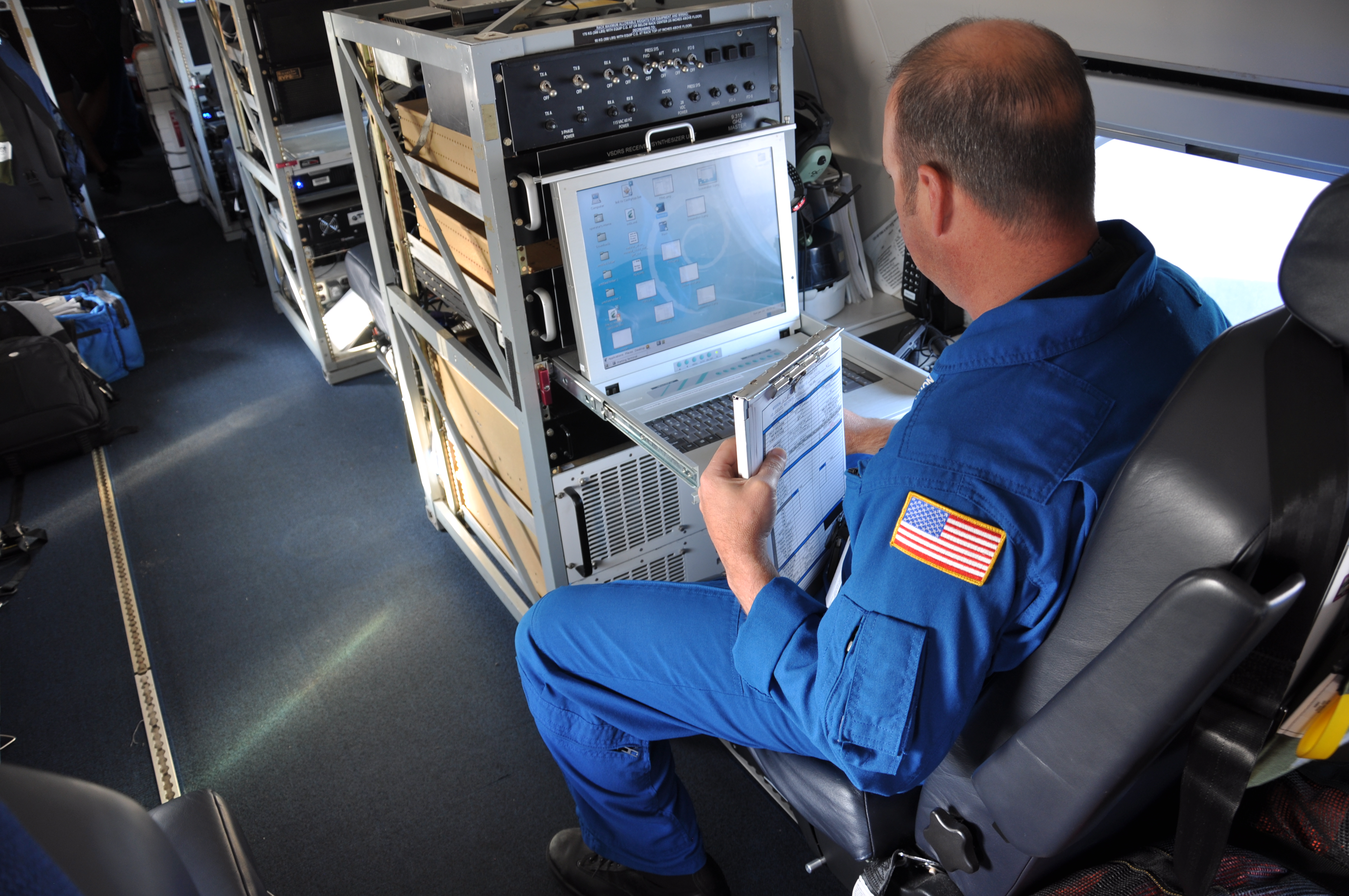 The primary tool used for this task is a tube-shaped instrument released from the bottom of the aircraft, called a GPS dropwindsonde. The dropsonde is released from the G-IV measuring and transmitting back to the aircraft the pressure, temperature, humidity and GPS Doppler frequency shifts as it descends to earth. The Doppler shifts are used to compute the horizontal and vertical wind components.

After analysis and processing of the dropsonde data, the information is formatted and then transmitted to the National Centers for Environmental Prediction and the National Hurricane Center for inclusion into the global and hurricane model runs. This data is also provided to the hurricane forecaster providing real-time observations depicting the synoptic patterns surrounding the hurricane.

Another important tool is a Tail Doppler Radar (TDR) mounted to the rear of the aircraft. The TDR is an 8,000 watt radar system that spins slowly as the aircraft passes by the storm and looks at the structure using radar to determine the intensity of tropical cyclones. The product of the TDR is similar to the layers in a slice of wedding cake. The images collected by the TDR allow forecasters and researchers to see the different layers of a storm, which help improve forecasting capabilities.

You are here: https://www.omao.noaa.gov/learn/aircraft-operations/aircraft/gulfstream-iv-sp-g-iv
Reviewed: August 30, 2017. Contact us with page issues.